A newer variant of the Samsung Galaxy S series is expected to be unveiled in the first quarter of 2023.

S22 was a huge success due to improved aesthetics and unique feature upgrades, which is why it can still compete with the other phones announced to release this year.

So if you want to buy or keep using a year-old Samsung Galaxy S22 in 2023, we would like to share the facts about the device compatibility, features, and accessories by answering the most asked questions below.

The Samsung Galaxy flagship models S22, S22+, and S22 Ultra were launched in early 2022 with insane specs and fabulous features. Let’s take a quick look at the specs of the three phones, which will help you differentiate between them quickly. 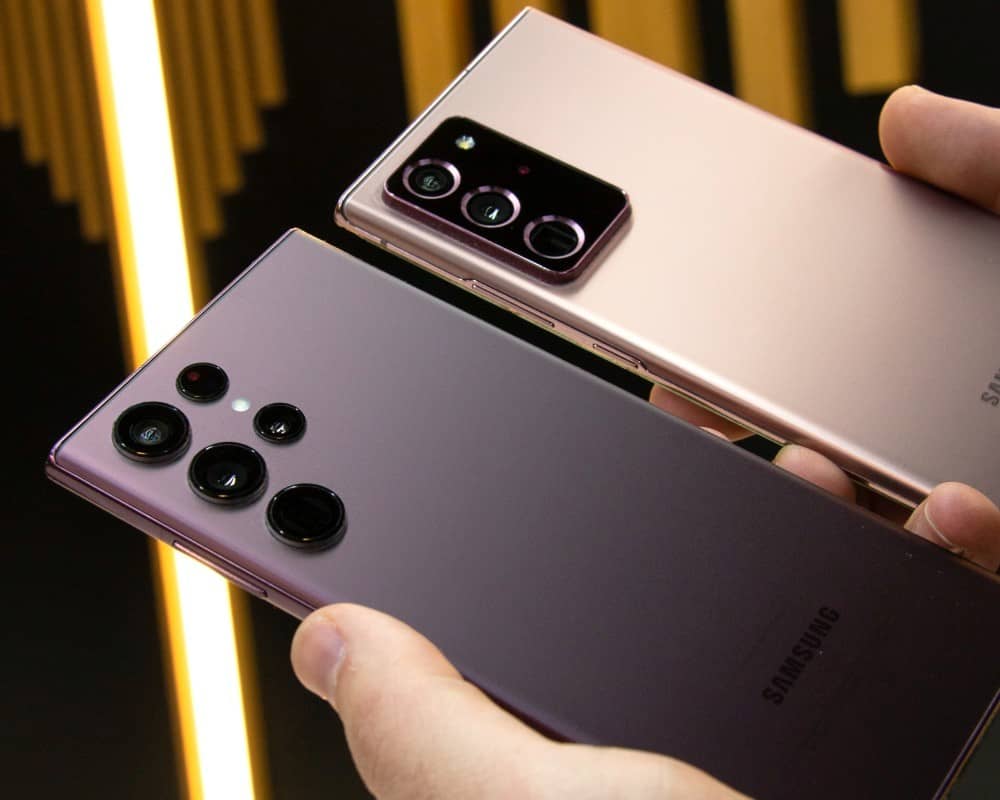 With the Samsung S22, S22+, and S22 Ultra being one of the best flagship releases of 2022, the above specs are still fully compatible with real-world applications today.

The Samsung Galaxy S22 Series's vibrant colors fascinated the audiences and catered to the tastes of every customer. 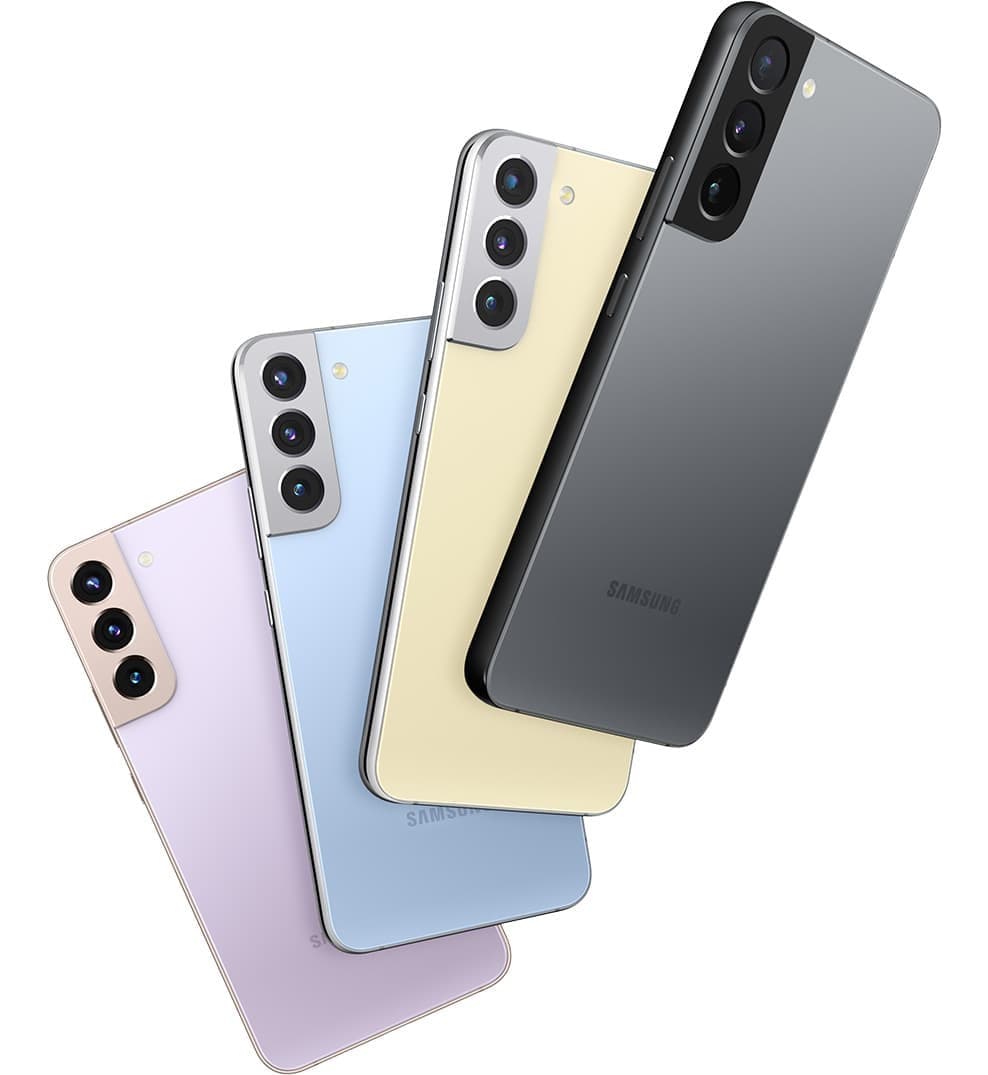 The Samsung Galaxy S22 Ultra, the frontrunner in the S Series lineup, differs from the S22 and S22+ in terms of colors.

Where to Buy Samsung Galaxy S22? 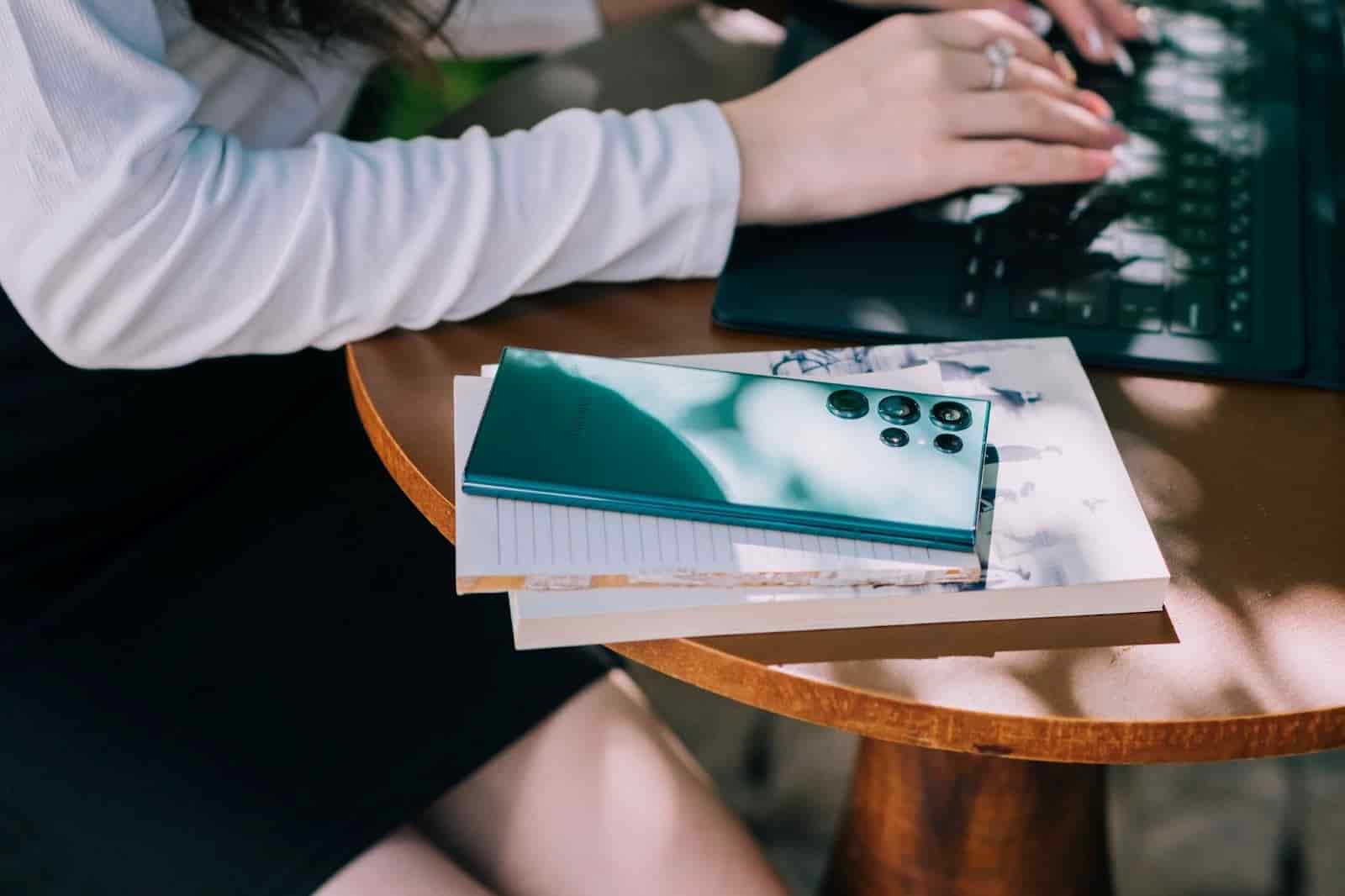 The most authentic marketplace to buy the Samsung Galaxy S22 Series is the Samsung official site, from where you can also avail amazing discounts and choose any of the custom or exclusive colors.

Amazon is one of the most trusted marketplaces, and you can buy Samsung Galaxy S22, S22+, and Ultra smartphones there at a discounted price. However, remember to choose an authentic seller with better service reviews and a positive rating.

If you are looking for an authentic source to buy a Samsung Galaxy Ultra, S22+, or S22, Best Buy should be your obvious choice. The only downside is that the prices may not be as attractive as Samsung's online stores and Amazon.

You can customize your Samsung Galaxy S22, S22+, and S22 Ultra with a few accessories. Some are necessary for protection, while others are to change the look of your phone. 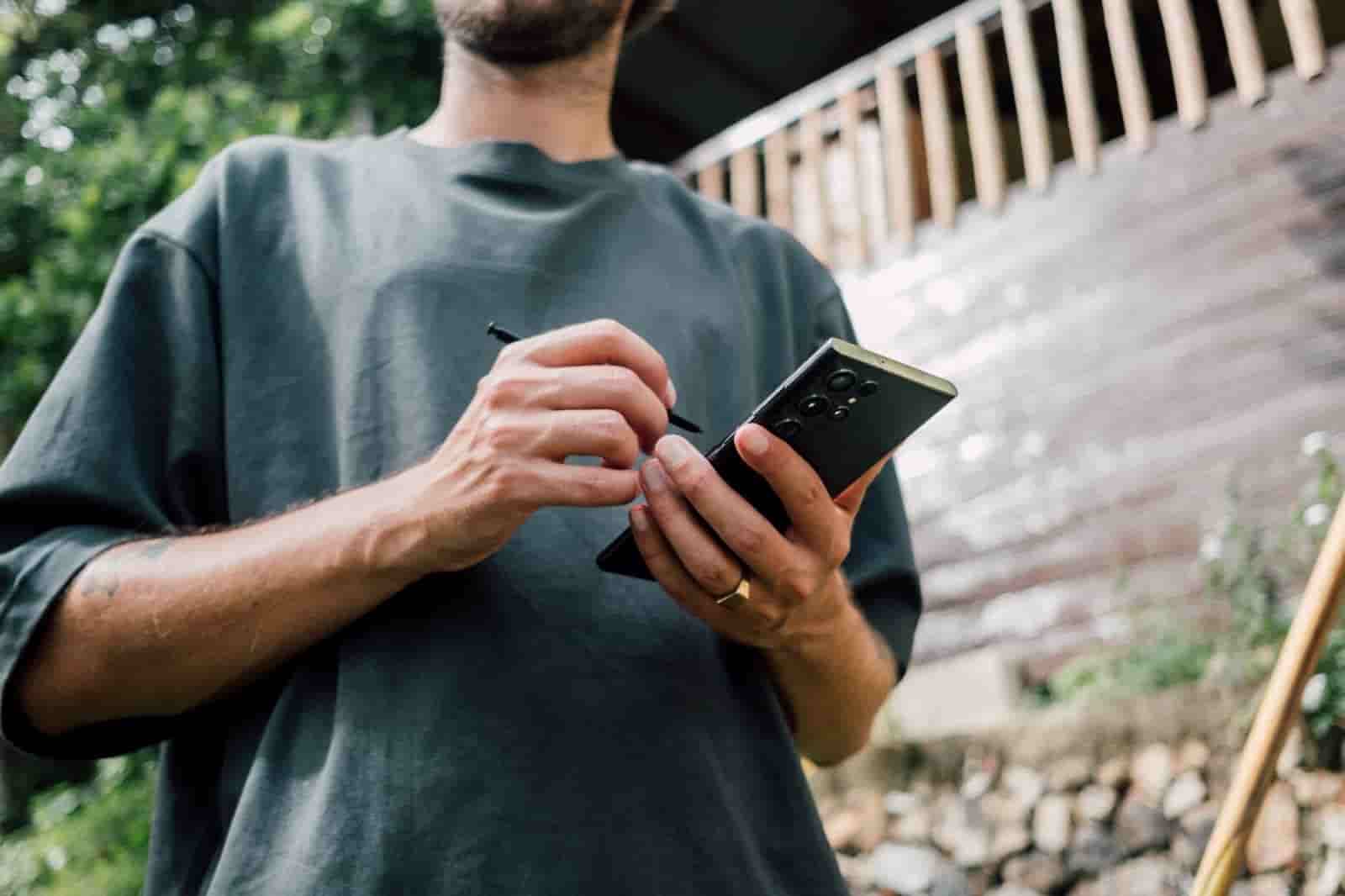 Since it's important to protect your Samsung Galaxy S22 from scratches and accidental drops, the Official Samsung store offers different styles of protective covers for the S22 series. These cases range from simple, clear TPU to silicone ones, even leather cases.

Another standout option for the Samsung Galaxy S22 is the dbrand grip case. The dbrand grip case offers multiple customizable designs. This makes it the perfect choice if you want both style and protection for your phone.

The Samsung Galaxy S22 Ultra has many capabilities, including support for S-pen and its integrated holder. However, it might not be convenient to use while you are using a protective cover.

Thus, you might be looking for a case that can hold the S-pen so that you can use it easily and conveniently. The LTLGHYL Case is a leather cover designed for the Samsung Galaxy S22 series. It features a built-in slot to hold the S-pen and provides 360-degree protection to your device.

Comparison With Other Phones

Let's find out how the Samsung S22 series phones compare with other top-of-the-line smartphones released in 2022.

Samsung Galaxy S22 Ultra and iPhone 14 Pro Max are both high-end flagship phones. However, they have different operating systems, design philosophies, and features.

As you can see, both phones have pros and cons. Thus, choosing between them will depend on your preferences, needs, budget, and how you carry yourself.

Comparing Samsung Galaxy S22 Ultra with iPhone 13 Pro is a hard match-up. However, the Samsung S22 Ultra has the edge over the 13 Pro Max in the following areas:

The Samsung Galaxy S22 and the iPhone 13 share a similar design to their predecessors. The Galaxy S22 features a 6.1-inch OLED screen with subtle curves on the edges and a up to 120 Hz refresh rate.

The iPhone 13, on the other hand, has a dazzling cinematic video mode and much-improved battery life.

The Samsung Galaxy S22 and Google Pixel 6 have similar processing power. However, the former beat the latter in many key specifications, such as:

Choosing between the Samsung Galaxy S22 Ultra and the Google Pixel 6 Pro is difficult. But when compared, you will find the following key differences between the two devices:

Here are some comparison features and capabilities for the Samsung Galaxy S22 Ultra vs. Google Pixel 7 Pro:

Samsung Galaxy S22 edges the S21 series phone regarding build quality, camera, and performance. It is more compact, has a faster chip, and has a full Gorilla glass construction.

The battery timing of the Samsung S21 is slightly better than the S22s, mainly because the S22 is smaller in size and has a smaller battery.

The Samsung S21 users don’t have to upgrade to S22 necessarily, but a faster chip, improved camera, and aluminum on the back compared to S21’s plastic body

When buying or using a Samsung Galaxy S22 or S22 Ultra, you need to consider the following things:

While using your Samsung S22 series phone, you might experience charging issues or fast battery drainage. It can be due to a faulty charging port or a battery at the end of its life.

In such cases, it is wise to consult a repair store that can replace your Samsung S22 charging port or the battery.

The Samsung Galaxy S22 has a robust build but is not immune to screen cracks. This can happen due to accidental drops, resulting in external screen and internal touch panel sensitivity damage. 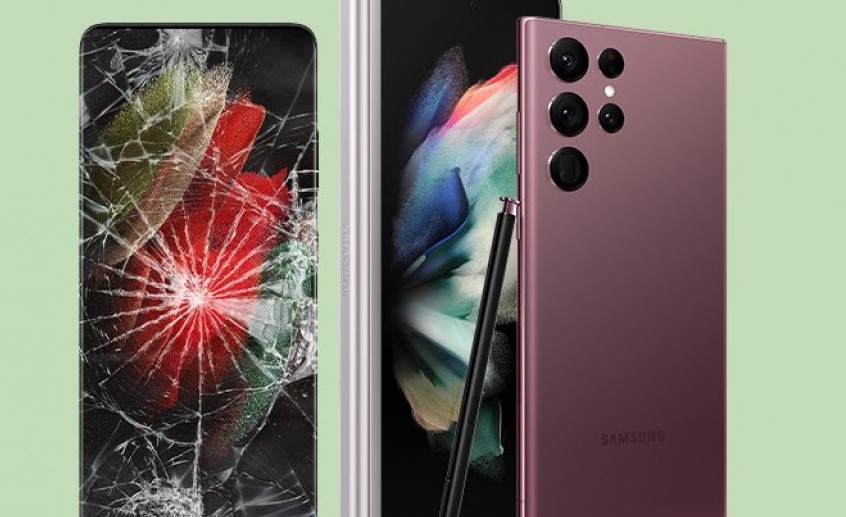 So, if your Samsung Galaxy S22's screen is cracked, visit your local store because, most of the time, the phone can be rescued to its previous glory by cost-effectively changing the display panel without investing heavily in a new phone.

To avoid this, you can use a screen protector on your Samsung S22 screen. This will ensure that your device's display is protected from cracks in case of accidental drops.

How Can I Take Screenshots on the Samsung Galaxy S22?

To take a screenshot using the Samsung Galaxy S22, press the Power and the Volume down buttons simultaneously. Alternatively, head to “Settings” > “Advanced Features” > “Motion and Gestures,” and turn on the “Palm Swipe to Capture option.

Now, you simply have to swipe your hand from right to left on the screen to capture a screenshot.

How To Turn Off Samsung Galaxy S22?

Turning off a Samsung Galaxy S22 is pretty straightforward. To do this, just press and hold the side button. While holding it, press the Volume down button to bring up the Power menu, and tap on “Power Off.”

How To Restart Samsung Galaxy S22?

To restart a Samsung Galaxy S22, press and hold the Side and Volume Down buttons until you see the Power menu pop up on the screen, and tap “Restart.”

In this article, we’ve talked about what it is like to use the Samsung Galaxy S22 in the year 2023. We’ve also discussed the S22 flagship series specs, where to buy it, and its comparison with other phones released in 2022.

After a detailed analysis of the Samsung Galaxy S22’s features, compatibility, and accessories available in 2023, it is apparent that the phone can still provide an excellent user experience for long-term use.